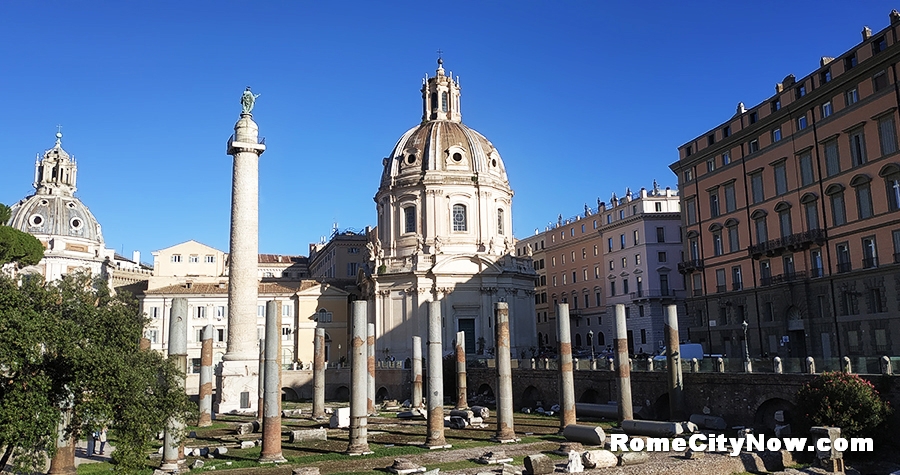 Trajan's Forum - Foro di Traiano) was the last of the Imperial forum to be constructed in ancient Rome.

This forum was built by order of Emperor Trajan with trophies of war from the conquest of Dacia, which ended in 106.Constantius II, when he visited Rome in 357, he was struck by the huge equestrian statue of Trajan and the buildings surrounding the statue.

Nowa days only not a big part of the markets and the column of Trajan remain, During the construction of the forum in Rome, Trajan's market, Caesar's forum (Basilica of the Argentarians) were built, and the temple of Venus the Ancestress was restored. The construction of Via dei Fori Imperiali in 1933 covered a number of columns, which are still visible along the road.

The place is absolutely fantastic, as well as much more in the ancient gorode. In all seasons there are many people, local and tourists from all over the world. The forum is next to Roman Forum and Piazza Venezia, also, in 3-5 minutes away is majestic Colosseum. 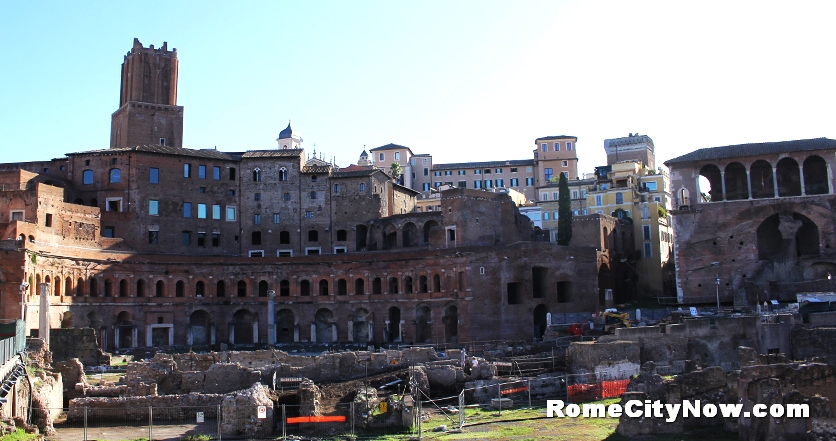 
If you want to learn a lot, it is best to do it with a professional guide.

➜ Best Panoramic Views in Rome
➜ The Most Popular Attractions in Rome