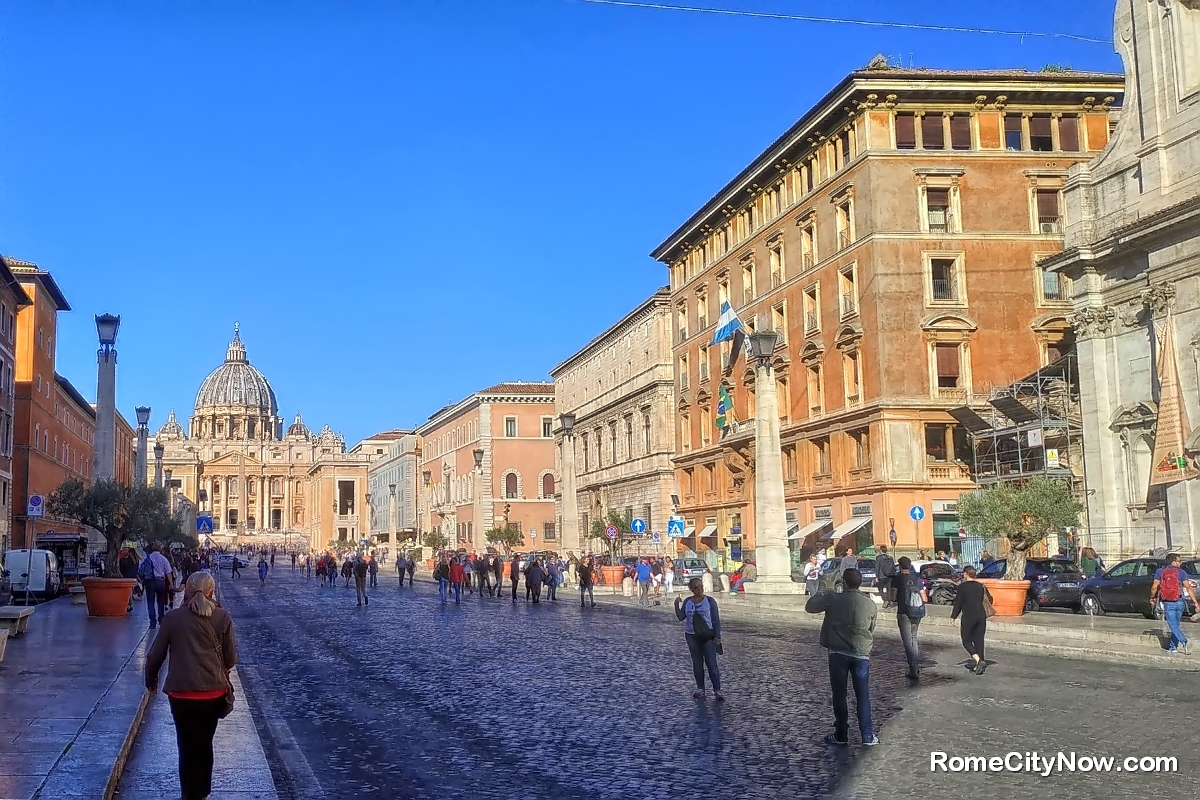 Borgo (sometimes I Borghi) is the 14th rione of Rome, identified by the initials R. XIV, located in Municipio I and covers the embankment Lungotevere in Sassia, Lungotevere Vaticano, Lungotevere Castello. In 1936-1950, when the construction of Via della Conciliazione was underway, the medieval buildings of the area were destroyed, in which there were shelters for pilgrims from all over the world. Borgo's coat of arms depicts a lying lion in front of a mountain, with a star above it. The lion is the symbol of Pope Leo IV, who built the Civitas Leonina, and Pope Sixtus V, who incorporated rione Borgo into the city.

At the beginning of the imperial era, magnificent villas and gardens were built, belonging respectively to Agrippina, wife of Germanicus and mother of Caligula (Horti Agrippinae), and Domitia Longina, wife of Domitianus. nearby on the slopes of the Janiculum and Vatican hills.

Circus Gaianus built by Caligula, which was later expanded by Nero (Circus Neronis. The obelisk of the Vatican was erected along the ridge, which stands in St. Peter's Square. The circus was associated with the city of Porticus. Nero replaced the wooden bridge on the Road of Triumph with a stone bridge named after him, Pons Neronianus or Triumphalis. Emperor Hadrian built a gigantic mausoleum near the Tiber, which he connected to the left bank with another bridge, the Elia bridge, today the Saint Angel's Bridge. 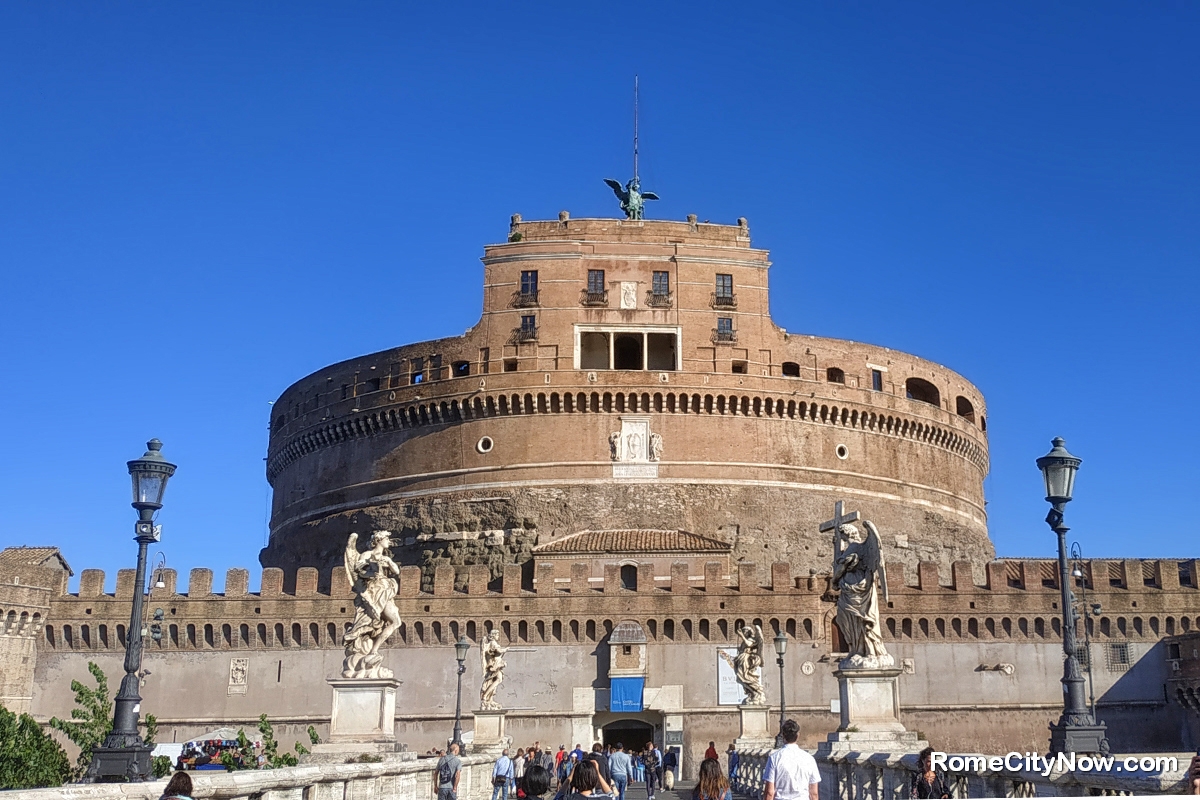 During the early Middle Ages, the bridge of Nero turned into ruins, and the mausoleum of Hadrian turned into a fortress Castel Sant'Angelo, this possession provided control over the city.

In 1936, the area's urban setting changed forever. Mussolini and Pius XI approved the project of the architects Marcello Piacentini and Attilio Spaccarelli to demolish the ridge. On October 8, 1937, the thorn ceased to exist and San Pietro was visible from the Castle of Sant'Angelo.

Since 1950, the remaining Borghizians live north of Passetto, where the quarter has retained its character until recently. South of Passetto, in the block, there are only a few offices, mostly related to the Vatican.

This beautiful area full of hotels and restaurants, one of the is The Bramante Hotel, founded in 1873, but boasts an even more distant history: the building itself was the house of Domenico Fontana in 1550, and there is a commemorative plaque on the facade of the hotel. Fontana was known as the architect of Pope Sixtus V, who erected the columns in St. Peter's Square, Piazza di Santa Maria Maggiore, Piazza del Popolo and San Giovanni in Laterano.

One of the oldest Roman restaurant in Borgo is Da Romolo alla Mole Adriana since 1927, located at Vicolo del Campanile, 12.

Via della Conciliazione in Borgo 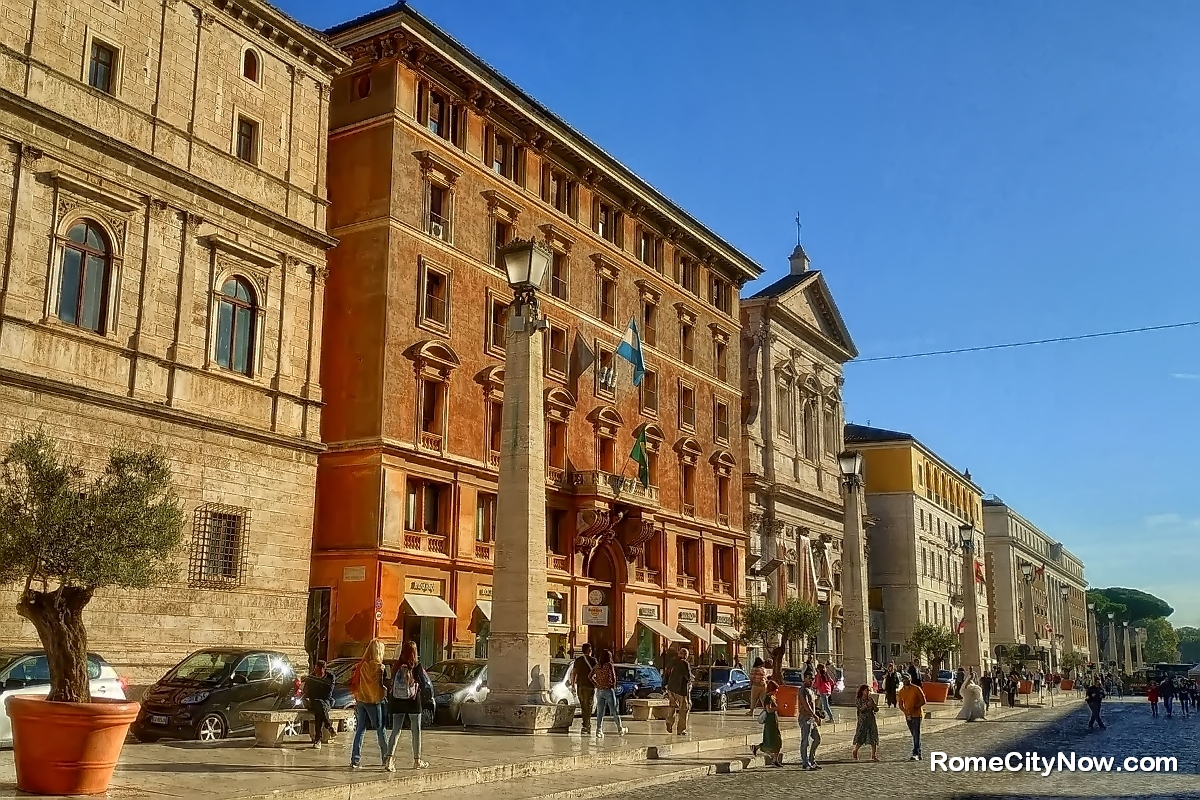