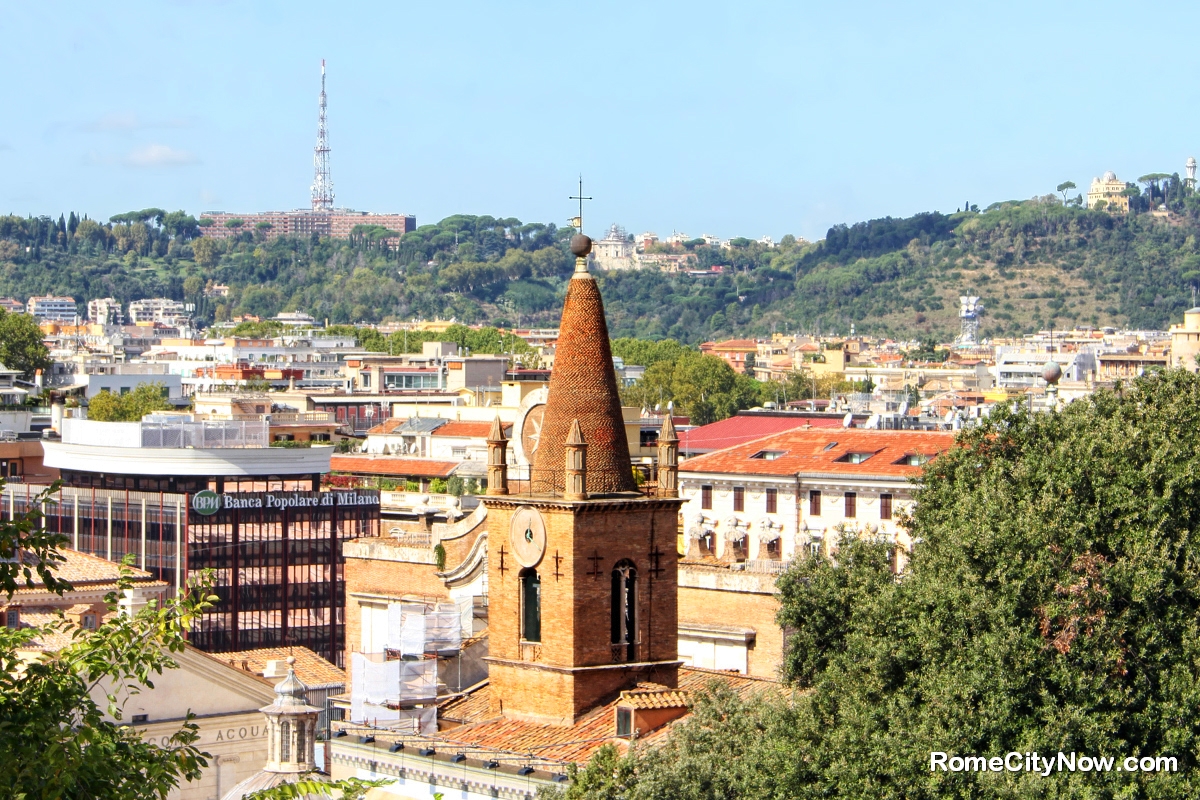 Pope Paschal II in 1099 built a chapel in this place, near the city wall, using public money, which gave the name of the square itself. In 1227, the chapel was expanded by Pope Gregory IX, who also ordered the transfer of the image of St. Mary from the chapel of the Most Holy Savior in Lateran to the new chapel. Under Sixtus IV, the architect Giovannino de Dolci erected the present building in 1472-1477 on the basis of a Romanesque chapel from 1099.

The interior was thoroughly rebuilt by Donato Bramante, Raphael, who created the Chigi chapel, Gian Lorenzo Bernini under Alexander VII, Carlo Maderno, who in 1665-1660. redesigned and expanded the Serazi Chapel.

The urban setting of the basilica changed fundamentally between 1816 and 1824 when Giuseppe Valadier created the monumental Neo-Classical ensemble of Piazza del Popolo, commissioned by Pope Pius VII.

Well-know cafes Caffè Vergnano 1882, one of them located near church at Piazzale Flaminio 5.