Via dei Fori Imperiali in Rome 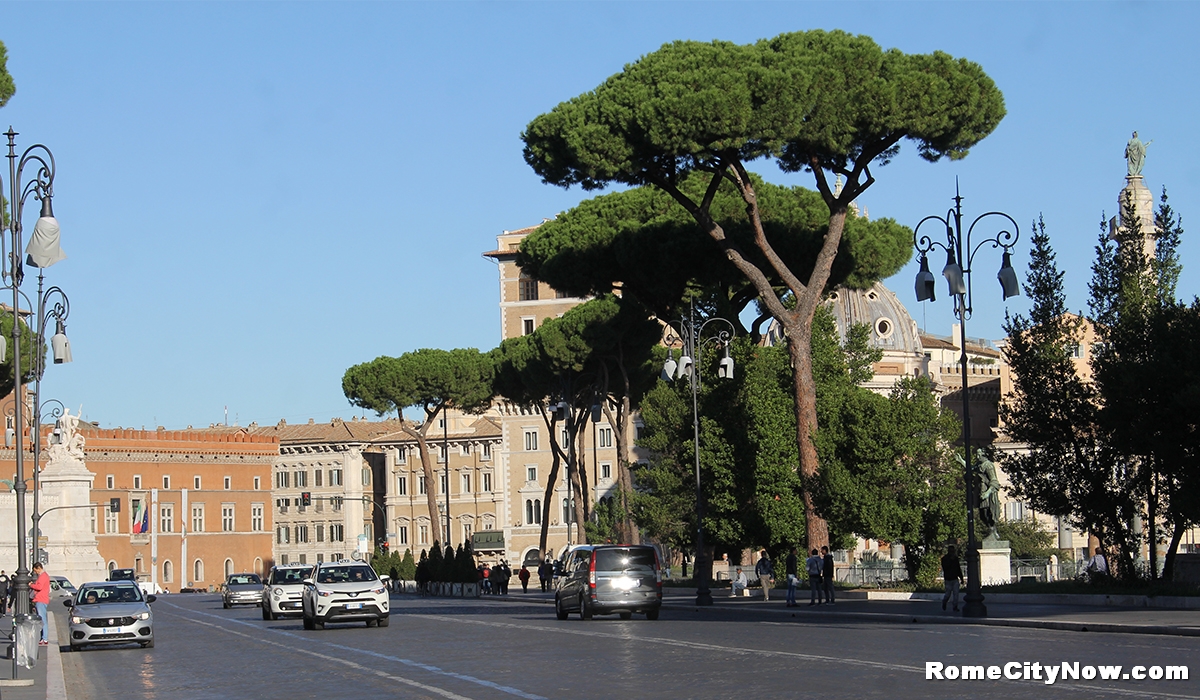 Via dei Fori Imperiali is a wide avenue in the center of Rome from Piazza Venezia to Piazza del Colosseo, built in 1932 by order of Benito Mussolini, originally named Via dei Monti during construction and after Via dell'Impero. A straight street 30 meters wide and 850 meters long separates the main Roman Forum from the imperial forums. Located in the Monti area.
The main forum is in TOP 10 list of most popular attractions in Rome.

Its course takes it over parts of the Forum of Trajan, Forum of Augustus and Forum of Nerva, parts of which can be seen on both sides of the road.

After the end of World War II, the street was renamed Via dei Fori Imperiali. Each year on 2 June it hosts a parade in celebration of the founding of the modern Italian Republic. 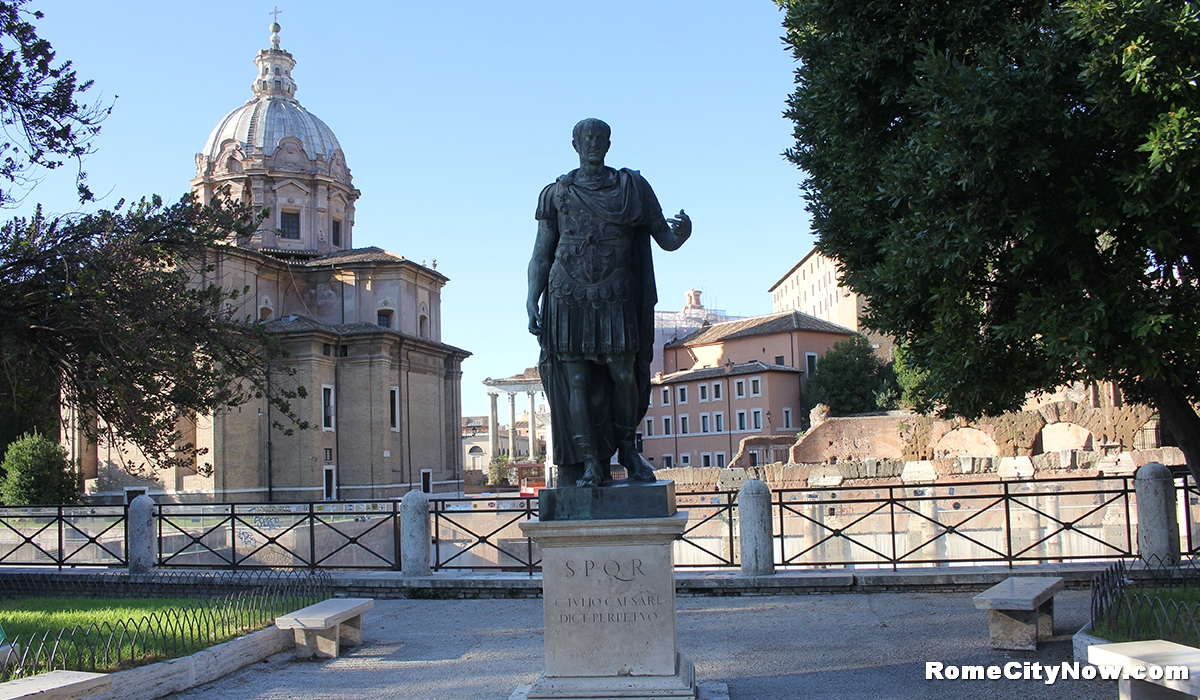 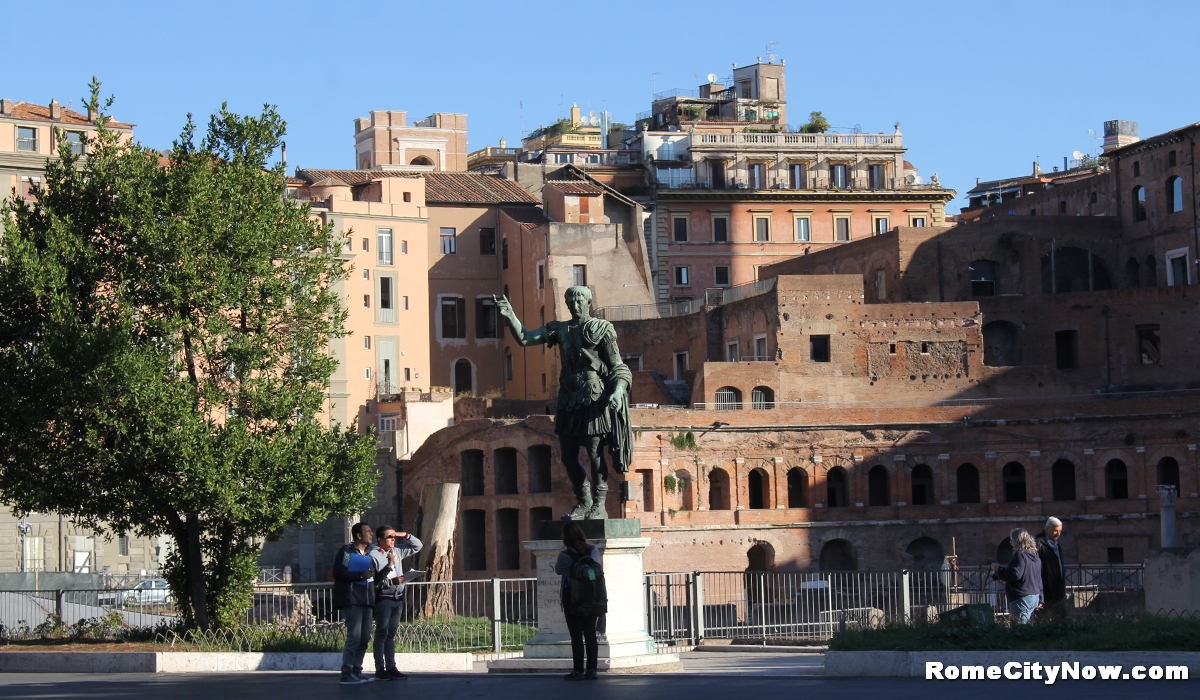 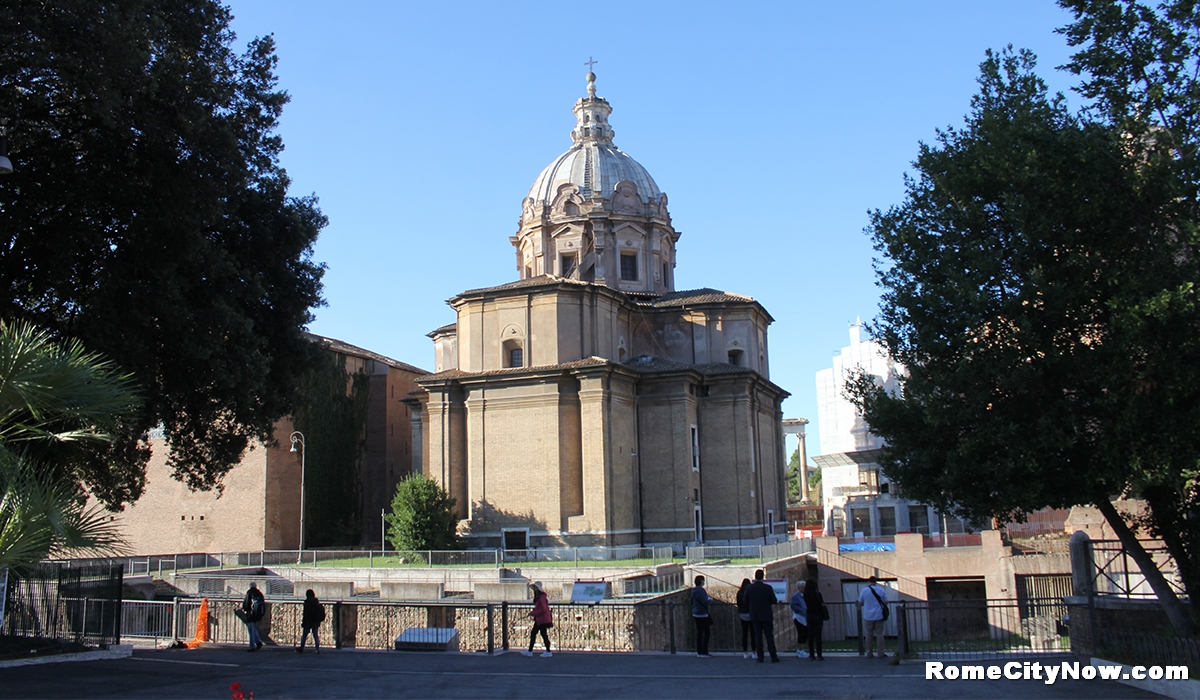 
I wish you a pleasant walk and enjoy the ancient atmosphere!!