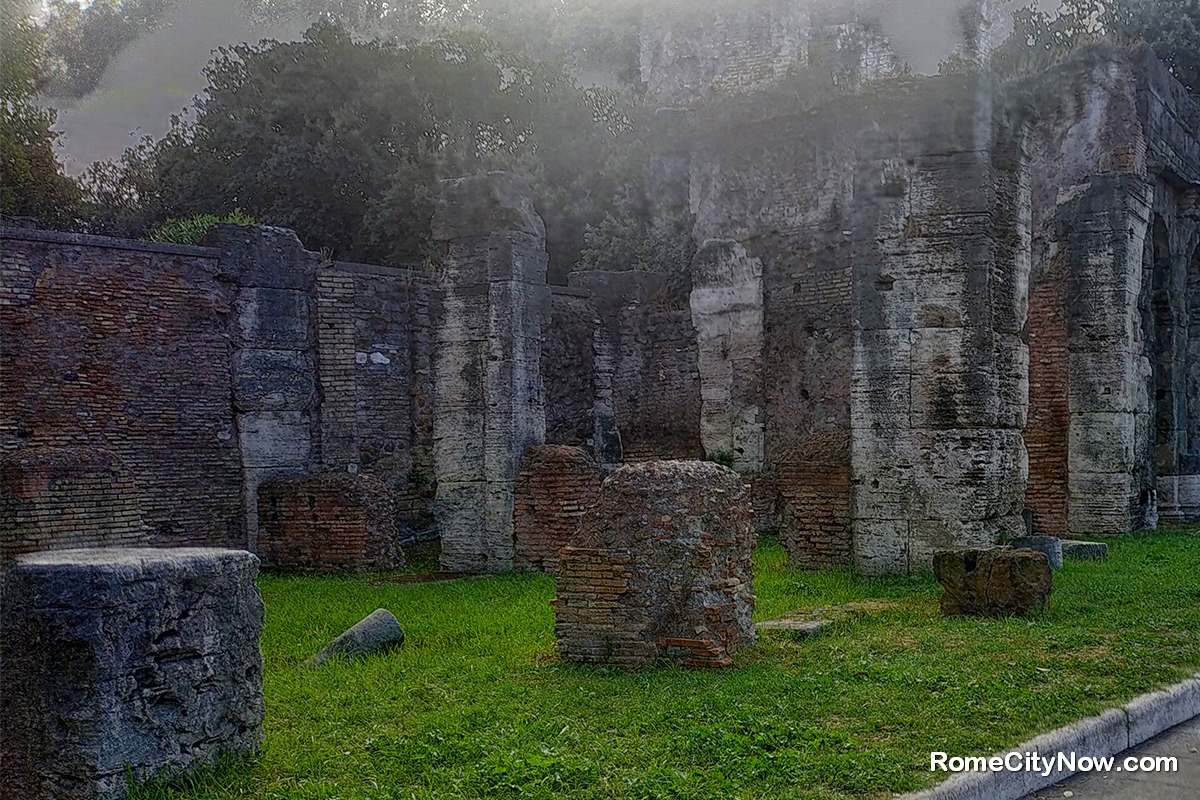 The Forum Olitorium located on Via del Teatro Marcello in Campitelli (Rione X), next to the Teatro Marcello and next to other archaeological sites, such as the three temples of Foro Olitorio and the sacred area of San Omobono. are the remains of the Port of Triumph. Few metres away is chapek of Madonnella (Edicola Sacra).

It is a small portico of the late republican period (2nd century BC), consisting of two parallel rows of double peperine arches with round arches, the entablature of which is supported by semi-columns with capitals.