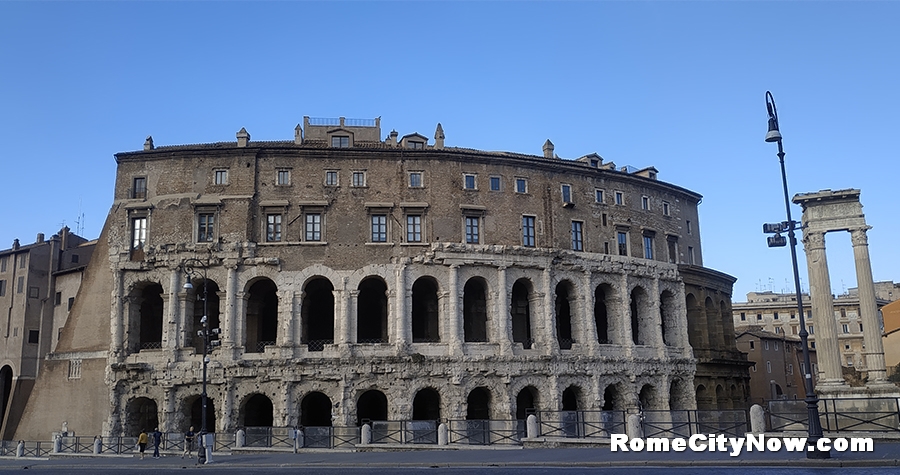 The ancient theater in Rome, on the left bank of the Tiber, built in the 1st century BC. e.

Teatro Marcello was one of the four stone theaters of Rome (along with the Pompeii Theater, the Balba Theater and the Domitian Odeon) and could accommodate about 15 thousand spectators. The diameter of the auditorium was 130 meters, the height of the stands was 30 meters. The theater had three tiers, decorated outside, in the Doric, Ionic and Corinthian order. Only two lower tiers have survived.

The history of Theatre of Marcellus

The construction was conceived by Julius Caesar, and carried out by Octavian Augustus. With the solemn consecration in 12 BC. e.