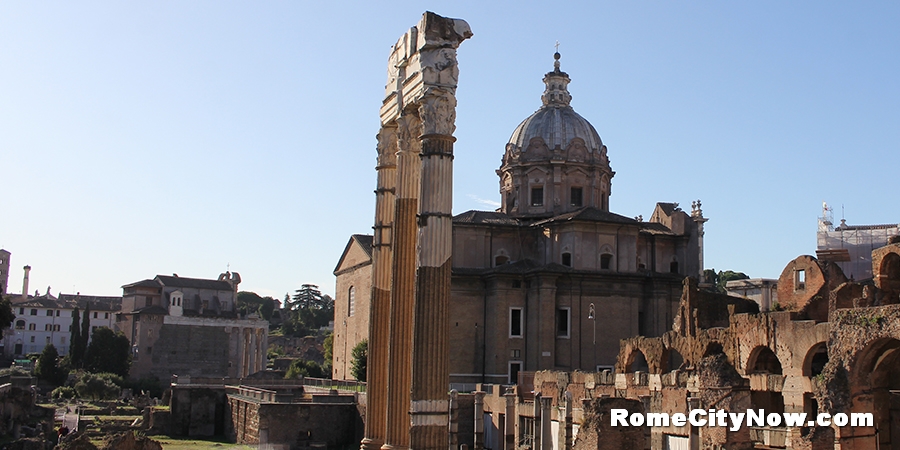 Temple of Venus Genetrix - a temple that was once on the Caesar's forum in Rome. The facade of the temple was decorated with 8 columns; only three columns and a podium have survived to this day. The temple was erected by Julius Caesar in 46 BC. e. in gratitude to Venus.

The temple was later rebuilt by Domitian and rebuilt by Trajan in 113.

Nearby is Piazza Venezia and Colosseum